During the last month of the Second World War the small publishing company 'het Stichtse Pepertje' from Utrecht in the occupied Netherlands published some humorous (illegal) publications with cartoons from Tijl (pseudonym of Andries Frederiks) en Rob Korpershoek.
Books of cartoons produced much money, money which was needed to finance illegal activities.

Frederiks, an employee of the Dutch National Railroads came in contact with the illegal press through its chef. Frederiks drew much more than was published. The general illegal press attached little importance to cartoons and few were published. That changed when he met the founders of 'het Sichtse Pepertje'. 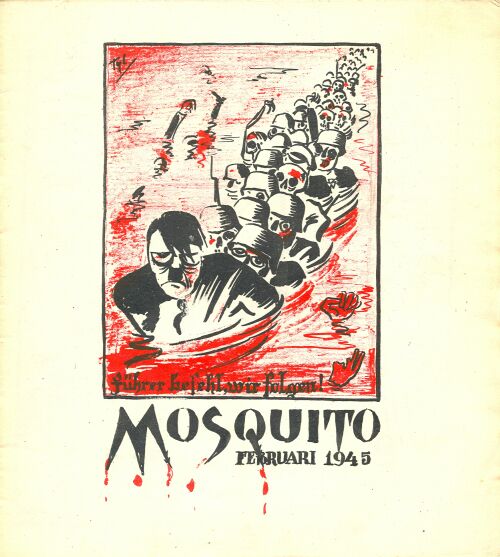 The political cartoons of Tijl were fiercely ant-Nazi. Books from or with illustrations from Tijl that were published are: A. den Doolaard, Vooravond Kerstmis 1944 (Christmas Eve 1944) ; Mosquito-Kalender 1945 (Mosquito-Calendar 1945); Mosquito februari 1945, Mosquito maart 1945 and Utrecht Liberated 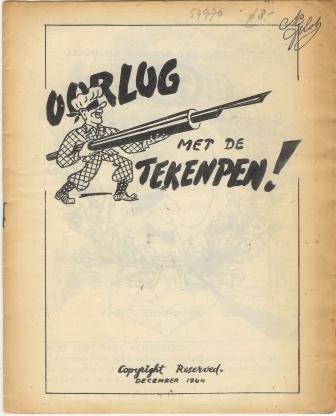 World War in cartoons and caricatures